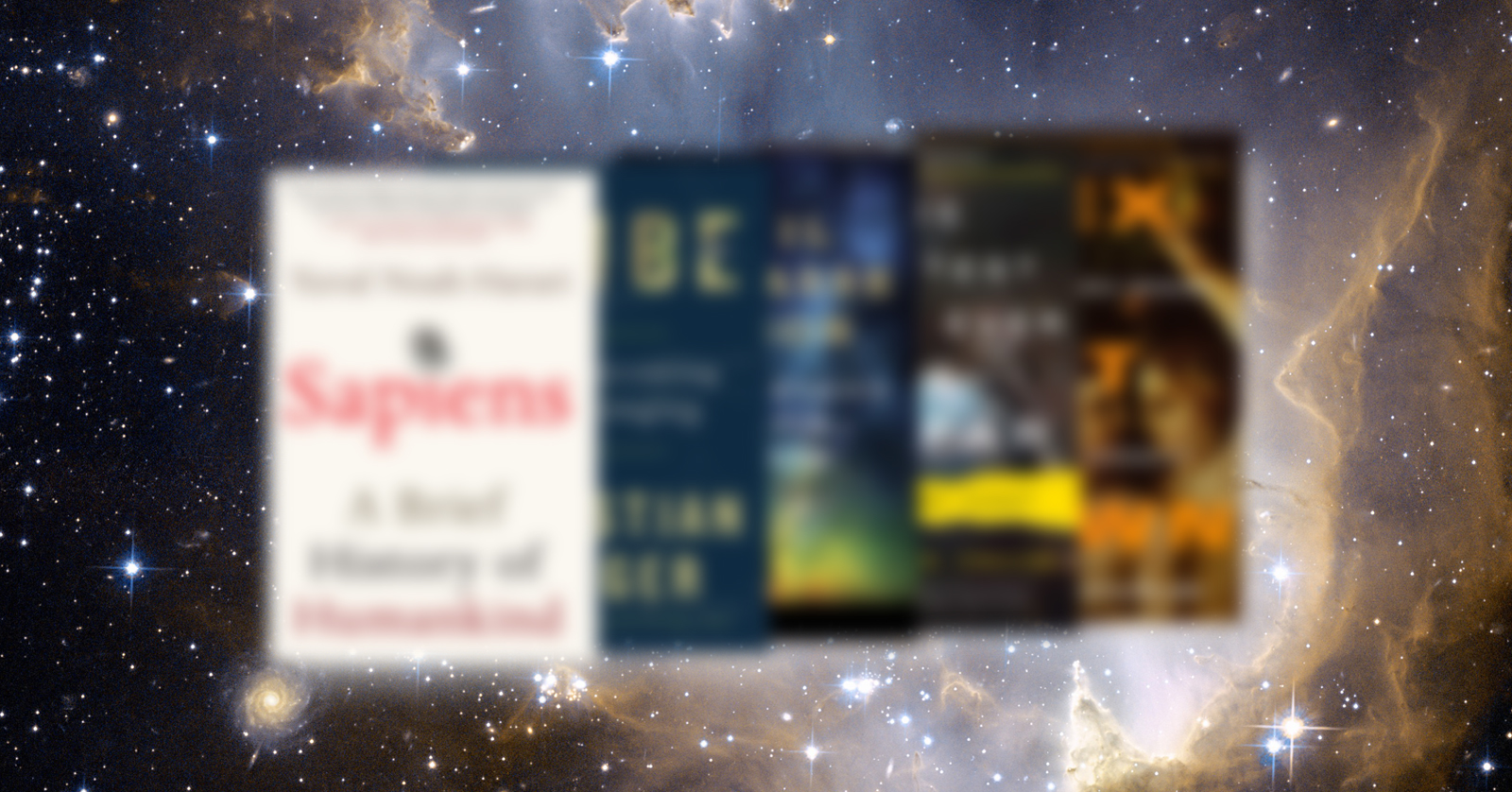 By Brandon Borrego December 22, 2017 No Comments

Yuval Noah Harari uses his book Sapiens to take a scientific look at the history of humanity. This book weaves together the latest biological science in a fascinating way.

Joe Rogan mentions the book several times on his podcast throughout many episodes. Unlike the other books mentioned in this list, he has actually never had Yuval Noah Harari on the podcast. However, Sam Harris (frequent Joe Rogan guest), has had a podcast with him. 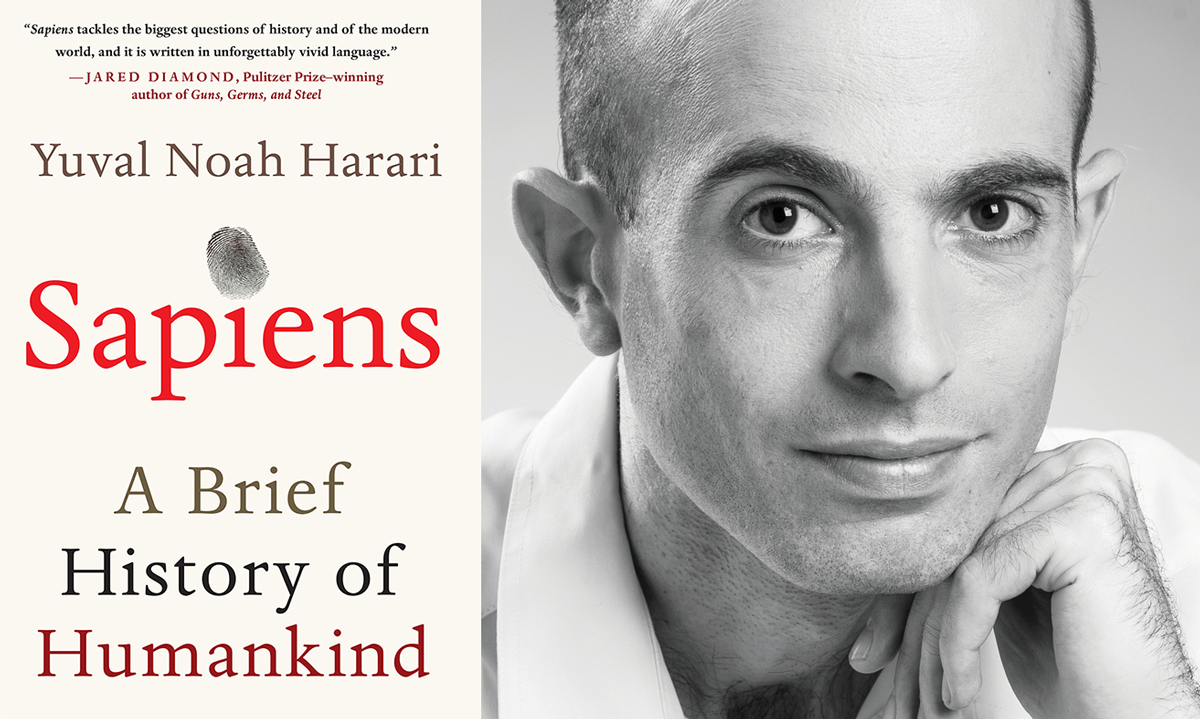 Top Amazon Reviewer: Masterpiece! Our myths make us who we are

“This book is a masterpiece. I feel fortunate that I discovered it before most other people. I discovered it by reading an extremely negative review for this book in the Wall Street Journal written by a historian. (In his defense, he just didn’t understand that this is not a history book, and he had no idea what Harari is getting at).”

Some of us feel like we have it all, a family, food, our health, money, things. And yet, we’re still unhappy.

Sebastian Junger came back from the war expecting America to feel like heaven, in comparison to Afghanistan. He was disturbed to find the opposite. His book Tribe tells his story and what he has found in the search for humanity’s role in this world.

His few episodes with Joe are some of the deepest and most reflective there are. 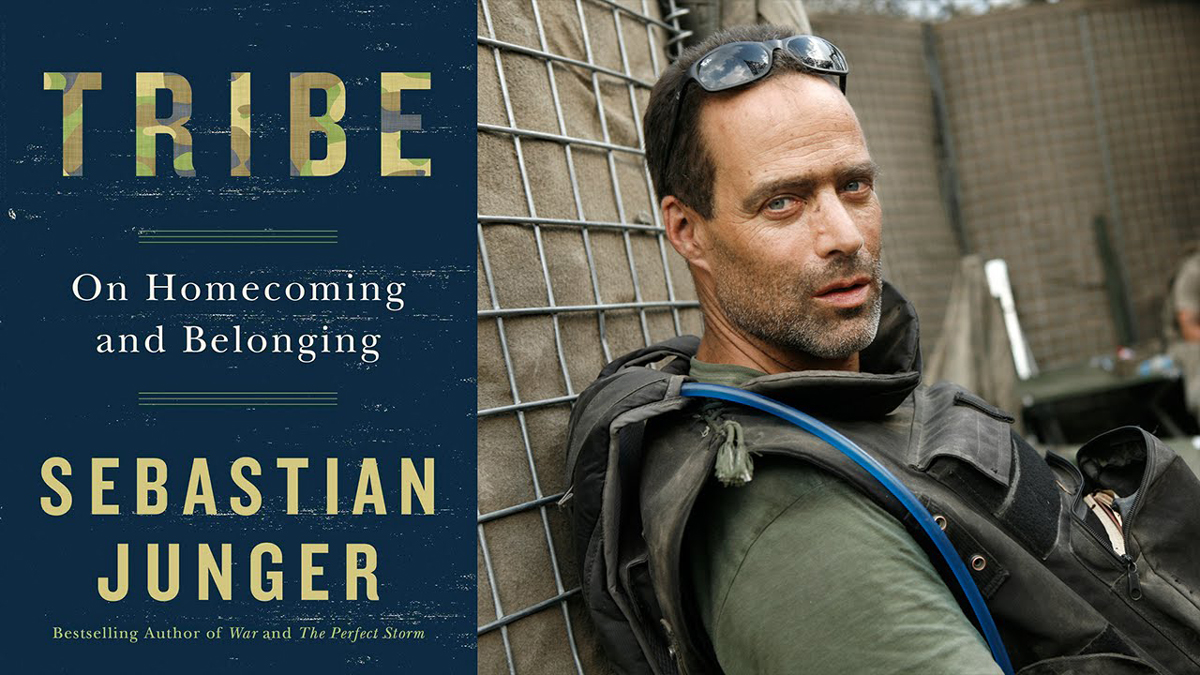 “Upon reading Junger’s article in a recent Vanity Fair article on the affects of PTSD (it’s not exclusive to just war veterans, by the way), I was under the assumption that a large portion of this book would be dedicated to that. I was wrong. Sebastian dove much deeper than that.

Tribe focuses on the growing disconnect we’re experiencing with one another as a society, and the far reaching consequences of that disconnect. It’s an eye-opening letter to the American public that politely reminds us that we’ve lost our way when it comes to being a closer knit community as a whole.”

3. Astrophysics for People in a Hurry

In his new book, Neil breaks the universe down concisely and thoughtfully.

Some of the best episodes of JRE have been with Neil deGrasse Tyson. Luckily, in the most recent episode they don’t debate if we landed on the moon for hours. 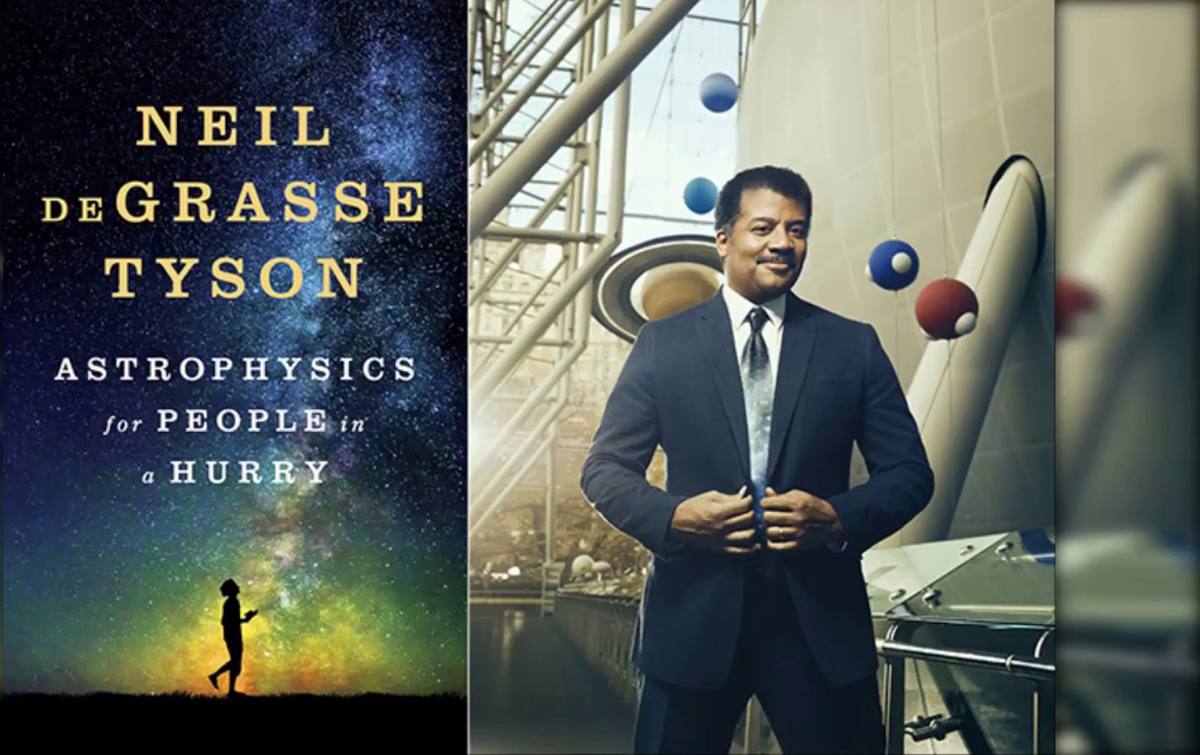 “Neil Tyson, director of the Hayden Planetarium, has received considerable acclaim for his outstanding ability to relate scientific ideas to the general public, on television programs such as Cosmos and on social media. His humor and down-to-earth allusions help make even the farthest reaches of space seem accessible. ‘Astrophysics for People in a Hurry’ doesn’t disappoint; Tyson’s compelling anecdotes and clear prose shine throughout. His cultural references are especially memorable, from quotes by Shakespeare, the Bible, and a poem by Einstein, to modern-day allusions to Star Trek. All in all, the book offers a model of clarity in scientific explanation. Highly recommended as an introduction to contemporary astrophysics!”

4. The Greatest Story Ever Told So Far by Lawrence Krauss

Lawrence Krauss is clearly a brainiac. He blows Joe’s mind several times throughout his episode of the podcast.

His book is no different. There may be a little studying required with his book, but he does a great job in making a dense subject readable.

“In The Greatest Story Ever Told-So Far, Lawrence Krauss draws upon religious and philosophical imagery, dating back to biblical times, to present the fascinating story of how modern physics emerged. Krauss cleverly organizes the book’s sections to resemble biblical teaching, replete with illustrative quotes from scripture, while emphasizing how humanity has made the most progress by examining the natural, rather than invoking the supernatural. Each chapter of the book builds upon the previous ones to show how physics has advanced from the theories of Newton, Faraday, and Maxwell, onward to Einstein and quantum physics, and finally to contemporary particle physics, with its emphasis on symmetry principles.

Krauss shows how the cathedral-like detectors of the Large Hadron Collider are being used in various collision experiments to try to complete the canon of scientific knowledge about the quantum world. His prose is clear throughout the book, with diagrams nicely complementing the text. All in all, a unique introduction to modern physical theory, showing that science can be as literary and compelling as ancient verse.”

5. Sex at Dawn by Christopher Ryan and Cacilda Jethá

There is little that is not controversial in this book. When it comes to sex, there is a wide agreement of monogamy in America. Christopher Ryan and Cacilda Jethá  question this by looking into humanity’s sexual history.

Recently Duncan Trussell returned as a guest to JRE with Christopher Ryan. They actually are all part of a podcast group they call “Shrimp Parade.” 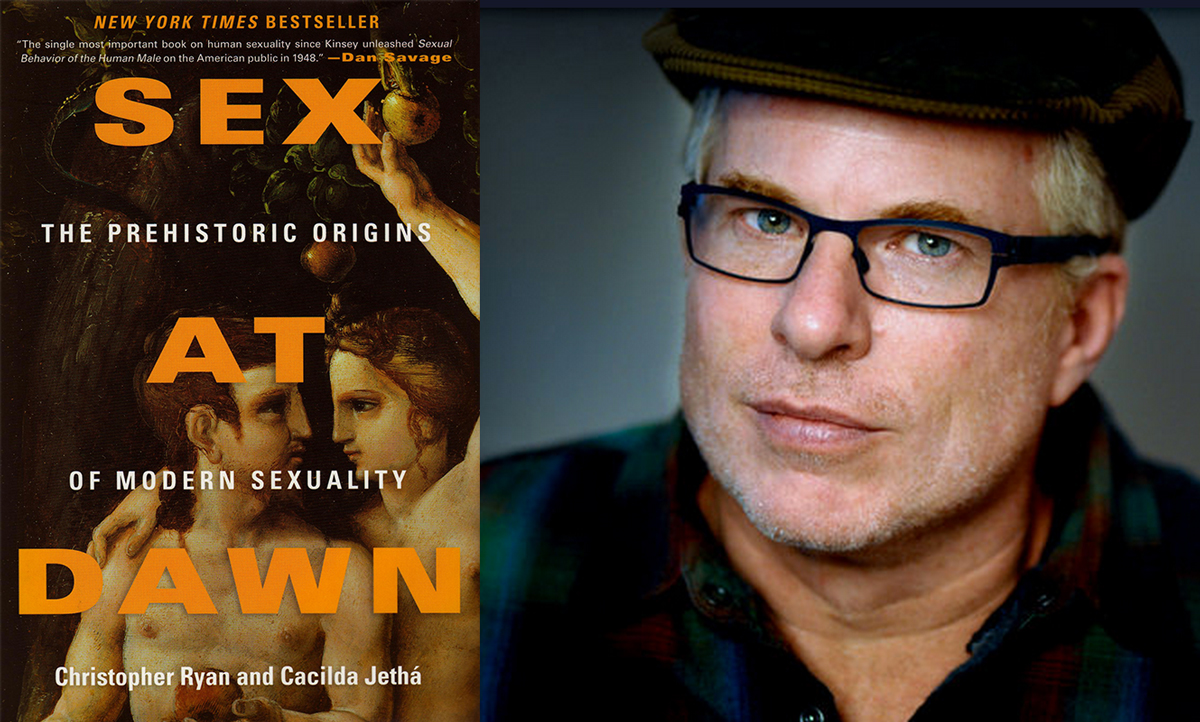 Top Amazon Reviewer: Amazing anthropological account of humankind and our history with sexuality

“Loved the different viewpoint to sexuality and the theories and evidence to back it up. Very well researched and written. It opened my eyes to why I have some of the feelings I do.” 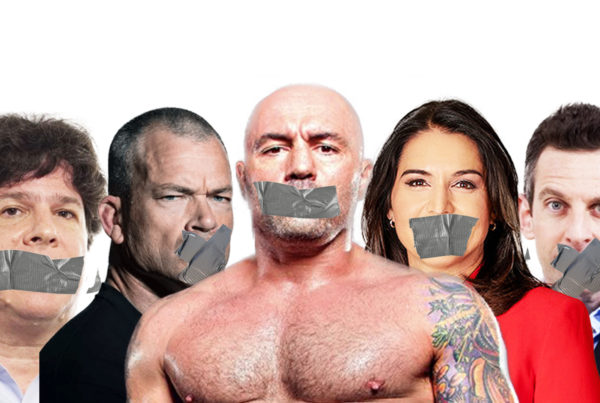 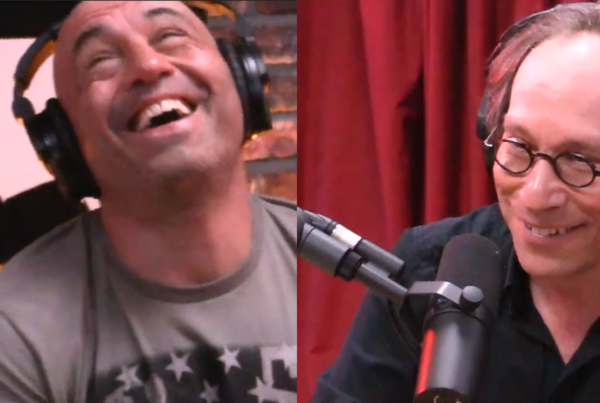 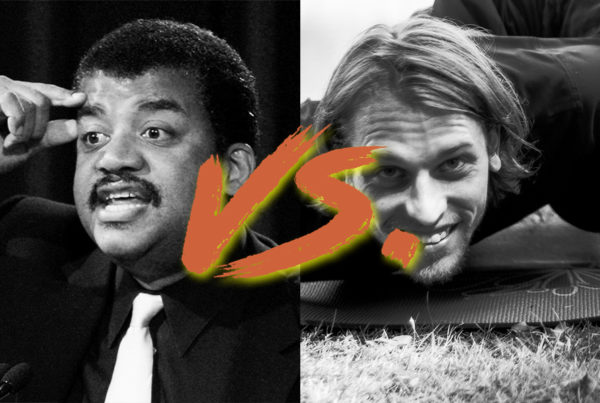